The Jacksons Falcons took the field in their second game in buoyant mood, and wasted no time in showing their opposition that they meant business. The throws between bases were fast and accurate, and Pitcher Ric Pedro found his groove early in the first inning. At bat, the Falcons were just as determined, and began racking the points up in spite of the strong performances, coupled with some key additions, to the Tigers ranks on the night. 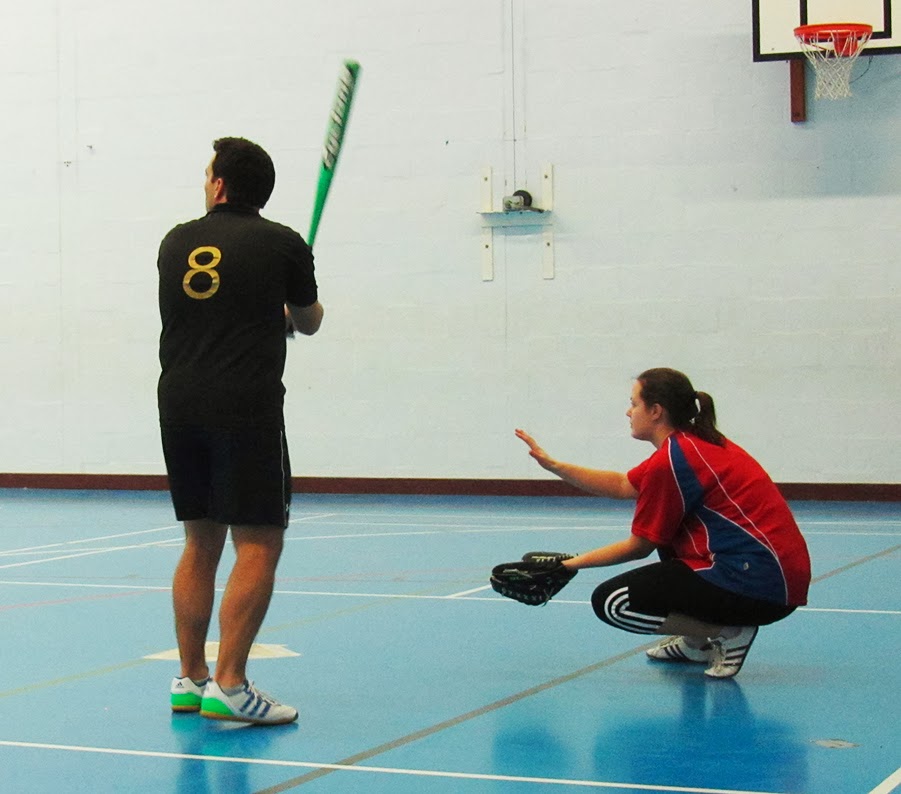 Falcons did falter momentarily when Short Stop Sam Lempriere found the floor with his head in an exuberant leap at a rebounding ball, but both Sam, and the team, regained composure fairly swiftly and the game continued. Tigers also suffered some mid-game woes when Declan Renouard had to exit the game looking a little on the green side, but with some eleventh hour subbing, play could resume.

Whilst the mid-period of the game stumbled with the injuries, substitutions and a series of dead balls requiring replacements, both teams stepped up the play for final assaults, and home runs came for both sides, Ric Pedro, Chantelle Cunningham and Nardine Nicolas all scoring home runs for the Falcons.


At the call of ball game, the Falcons had cliched victory 50 - 30. A great second game, with good camaraderie between both teams.