PORSCHE has unveiled its new Macan compact SUV, which has been tipped to take its sector by storm. 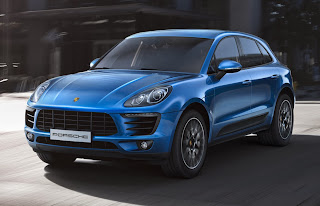 At 4.68 metres long and 1.92 metres wide, the smaller brother to the hugely successful Cayenne is a considerably more manageable size than its full-size sibling, as well as being more affordable and still packed with performance.
Two closely-related turbocharged petrol engines are being touted by Porsche as the initial flagship powerplants. The Macan S uses a 3.0-litre unit with 336bhp and 339lb.ft, while the 3.6-litre Macan Turbo puts out 395bhp and 406lb.ft.
Performance figures for the Turbo model include a top speed of 165mph and the ability to sprint from 0-62mph in 4.8 seconds – a length of time that falls by 0.2 seconds if the optional Sport Chrono pack is specified.
A diesel model is offered as the ‘touring’ Macan, with a larger cruising range linked to its lower fuel consumption. The Macan S Diesel can return more than 46mpg for a range of 611 miles, despite weighing almost 1.9 tonnes and boasting both 254bhp and 428lb.ft – more torque than the Macan Turbo. 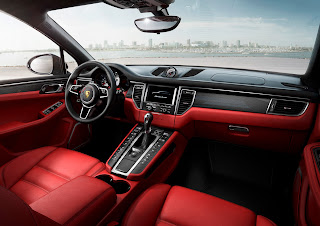 Four-wheel drive and tyres as fat as 255mm as standard, with 295-section rubber optional, mean the Macan can call upon massive traction to give it a real-world performance edge over any of its potential rivals.
At its launch at the Los Angeles Auto show, Porsche vowed to build the Macan to the same standard as its 911. The Macan will actually share factory space with the Cayenne and Panamera models at the firm’s Leipzig facility.
A vast array of options and customisations will be made available to Macan buyers from the outset.
In the UK the Macan S and the Macan S Diesel will both cost £43,300, with the Turbo starting at £59,300.
To keep updated on when the Macan will arrive in the Channel Islands and test drive availability, subscribe to Jacksons eNews HERE.
Posted by Jacksons at 18:25