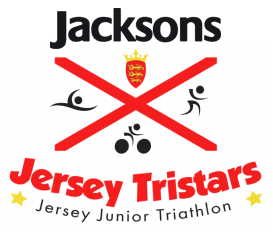 The Jacksons Junior Duathlon at Les Quennevais on Saturday saw another record turnout for Jersey Tristars as the winter duathlon series got underway.

With 40 athletes racing in four categories conditions were perfect for the event which consisted of a run, a cycle and then a second run as a continuous timed event.

The Tristars Start category (under 8) saw a large number of youngsters taking part in their first multisport event. Tackling the 400m run, 1.5km cycle and final 400m run it was Libby Hart who took the overall victory with Lucy Cohu and Saffy Butler battling it out for second and third. Ruairi Boxall was the boys winner with Henry Lucas and Oliver Stocke making encouraging debuts.

In Tristars 1 there was little to choose between Freddie Lucas and Charlie Hart in a see-saw battle in which Lucas finally came out on top. Luke Holmes raced well having just stepped up to this age group to place third. Elizabeth Atkinson cruised to a comfortable victory in the girls’ race ahead of Hannah Worth, both Atkinson and Worth’s achievements were also notable having just made the step up to Tristars 1 also.

The final event saw Tristars 2 and Tristars 3 set off together on a 1500m first run, with the younger athletes cycling 6km compared to the 7.5km course for the older group before both finally finished with an 800m run. Jack Kennedy built a large gap on the first run followed by a group of three including leading girls Adele Maher and Lily McGarry and the leading Tristars 2 competitor Tom Atkinson who entered transition together thirty seconds later.

On the bike Kennedy and Atkinson were both able to consolidate their leads with some fast bike splits and a rapid 800m run to victory. Behind Atkinson in Tristars 2 there was a great battle between Dan Roderick and Liam Cadoret with nothing between them as they entered the final run. Roderick was able to stretch his legs on the final run to take second ahead of Cadoret. Lily Scott was out on her own in Tristars 2 to take the win with Ellie Boustouler in second.

In the Tristars 3 girls race Maher had managed to edge a small gap on McGarry over the course of the five lap cycle but a very strong run from McGarry was enough to overturn the margin and take victory. Harley Cadoret took third in the girls race. Race organisers thanked Jacksons for their continuing commitment to the club and to all of the volunteer marshals and helpers.