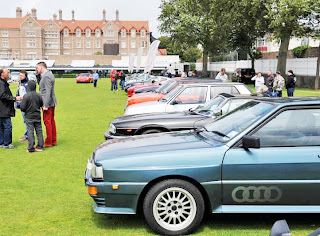 More than 70 very special cars were exhibited at the inaugural Jacksons Pride and Joy event held in the beautiful grounds of JCG and Victoria College last Sunday.

Jacksons are an official JCG Foundation corporate partner and the Pride and Joy event, a picnic at which car owners had the chance to show off their fine vehicles, took their funding for JCG initiatives supporting education in Jersey to over £6,000.

Leanda Jane Guy, JCG Foundation director said: ‘ A huge thank-you to our corporate partner, Jacksons, and everyone involved in making this such a fantastic event.  A special mention for Alun Watkins, headmaster of Victoria College, Sara Clews, development director, and the Victoria College team for co-hosting the event with us and allowing Pride and Joy to take place on College Field.
‘We look forward to building on its success and making Jacksons Pride and Joy an annual event in the Jersey calendar and continuing to work with Jacksons as part of our corporate partner scheme to support JCG and local students via the JCG Foundation.’

Leanda thanked Ivor Richards of the La Motte Street Youth Centre for providing live music all afternoon; the Jacksons coffee car and Stuart’s Ice-cream van, which kept everyone refreshed after their picnics; and  Mitch Couriard and the St Helier honorary police and the St John Ambulance.
‘We will be launching Jacksons Pride and Joy 2014 very soon and be calling for entries for next year before the end of 2013, so watch this space,’ she added. 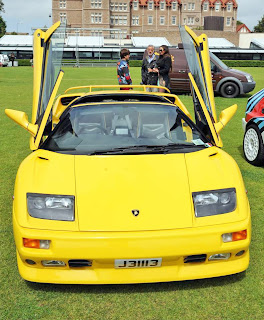